Discover the benefits of the Swim Up method used for Gender Selection Cyprus, similar to Microsort ® Cyprus, with a 70% success rate. Get details now! 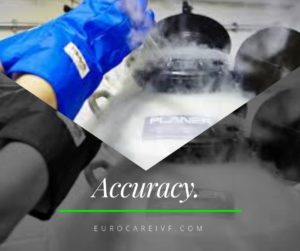 The swim-up method for gender selection Cyprus is almost identical to the Percoll method — separation of X and Y-sperm is the result of the standard technique used to isolate motile sperm for use in IVF treatment in Nicosia.

As the leading fertility team in North Cyprus, we understand one’s desire to balance your family. We will do everything in our power to help you have a baby of your desired gender.

Upon request, euroCARE IVF performs the ‘swim-up’ method for gender selection — which is similar to MicroSort technologies.

Studies show that centrifugation causes no more DNA damage to sperm than a direct swim-up technique.

Sperm sorting also decreases the chance of HIV transmission in HIV-positive males, because the virus is present in the seminal fluid rather than the sperm.

No sperm sorting method alone is 100% accurate in sorting the sperm into male and female batches — which is why our expert embryologist includes the sorting procedure as part of your PGS treatment cycle. This increases the chances of having more male or female sperm in the sample used to fertilize the eggs.

The swim-up method is approximately 70% accurate in sorting the sperm into male and female batches.  The ‘predominantly’ male or female batch is then used to fertilized the eggs.

5. The portion retained for use may be washed and centrifuged againResources: