What is the Difference between IUI and IVF Cyprus?

IUI or IVF in Cyprus? The ultimate goal of both fertility treatments is pregnancy, but they are different in many ways. Read our blog post to learn more! 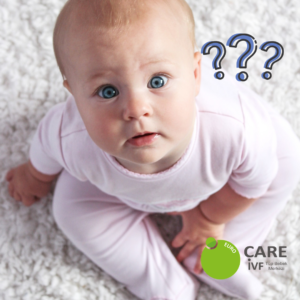 IUI (intrauterine insemination) and IVF (in vitro fertilization) Cyprus are fertility treatments used to help couples and individuals who struggle with infertility.

When patients first decide to seek medical help for their infertility problem, the wide range of infertility treatments can seem overwhelming.

The simple fact that both treatments start with the letter “I” can also cause confusion among couples. Both treatments have the ultimate goal to achieve a successful pregnancy, but they are different in many ways.

Determining the difference between IUI Cyprus and IVF Cyprus can help people choose the right treatment for their infertility problem and increase their chance for pregnancy and childbirth success.

What is IUI Treatment in Cyprus?

IUI in Cyprus is a simple non-invasive medical procedure that is carried out by inserting the sperm with a soft tube into the uterine cavity. The sperm is collected on the same day when the IUI procedure is performed. The sperm is then processed in the lab. During the preparation, the sperm is separated from the seminal fluid (sperm washing).

Placing sperm higher into the uterine cavity makes the path to the fallopian tubes shorter. The increased quantity of healthy sperm injected into the uterus raises the chance that more motile sperm will encounter the egg. Ultimately, the fastest sperm will fertilize the single egg.

IUI may be performed during a woman’s menstrual cycle which can be timed with fertility medication to assist ovulation.

Why do IUI in Cyprus?

In order to be the right candidate for IUI in Cyprus, your fallopian tubes should not be blocked. You will also need to have enough quality eggs in your ovaries.

IUI in Cyprus is generally recommended for:

IVF Cyprus is a form of ART (assisted reproductive technology) in which the eggs are fertilized with the sperm outside the woman’s body in a lab. The woman receives fertility drugs to stimulate her ovaries to produce multiple eggs. Once the eggs are fully grown, a minor procedure under sedation using transvaginal ultrasound is performed to remove the eggs from the ovaries.

The collected eggs are then fertilized with the father’s or donor’s sperm in a procedure called ICSI (Intracytoplasmic Sperm Injection). This is the most effective method of fertilization used in conjunction with IVF in Cyprus to increase the chance for pregnancy success. Fertilization rates for ICSI range from 50 to 80%.

Who benefits from IVF Cyprus?

IVF Cyprus is typically recommended for couples who have been trying to get pregnant without success for one year and who have one or more fertility problems, such as:

IVF is generally advised after other less invasive fertility treatments such as IUI failed or were unlikely to work.

Difference between IUI and IVF Cyprus

The main difference between IUI and IVF in Cyprus is the procedure(s) followed by each fertility treatment. IVF involves ovarian stimulation, egg retrieval, fertilization, and embryo transfer. In IUI washed sperm is injected directly into the woman’s uterus to achieve a pregnancy.

IUI in Cyprus, often referred to as artificial insemination, is timed around ovulation as at this time the egg grows and moves from the ovaries to the fallopian tubes, waiting to be fertilized. By injecting a large quantity of concentrated motile sperm, fertility doctors increase a woman’s chance for becoming pregnant.

IVF Cyprus is a far more complex process that doesn’t rely on natural egg release. Instead, IVF stimulates the woman’s ovaries using fertility drugs to produce multiple eggs. The collected eggs are then fertilized in a lab. The resulting embryo(s) are  transferred to the woman’s uterus to establish a pregnancy.

The woman’s chances of pregnancy depends on her age. There are other factors that contribute to the success of IUI and IVF Cyprus.

Let’s break each fertility treatment down so we can clarify the other differences between IUI and IVF Cyprus.

IUI or IVF Cyprus: Which is better?

Depending on your medical condition, the fertility doctor may recommend you to first try other less invasive fertility treatments such as IUI. Many couples also choose IUI in Cyprus because of its significantly lower costs when compared to IVF.

However, IUI is considerably less effective than IVF, and it may require couples to undergo multiple cycles before they reach success. Couples have between 10 to 20% chance for success with one IUI cycle. Pregnancy rates can go as high as 80% after the third to sixth cycle of IUI.

There are times when a woman is likely to have better results by skipping over the IUI option and going straight to IVF. This is a choice each patient will have to make themselves, after close consultation with their fertility specialist.

IVF in Cyprus can cost more, but again, it has considerably higher success rates than IUI.

Whether you ultimately choose IUI or IVF, the first step is getting in touch with our fertility doctor who prioritizes your individual needs over a generic protocol. You need good information to make a good decision. Understanding the cause(s) your infertility will help you and your doctor create a treatment plan that will improve your chance for pregnancy success.Resources: